Every day we hear how energy costs are increasing due to diminishing energy resources. Globally, countries are looking to find new energy sources or attempting to decrease their energy consumption. Even in everyday consumer life we see many new products being developed to help with this problem, such as led lighting, electric vehicles and even smart plugs and bulbs.

With regards to the industrial gearbox industry, there are also new products being developed to assist with energy saving. Historically, worm gearboxes have been installed in many different types of applications because of their compact design and low purchase cost. However, despite these initial advantages, this product has a major disadvantage which is their low efficiency. High friction between the worm and worm gear increases energy losses and decreases efficiency. With increasing ratio between the worm and worm gear, efficiency decreases even further. At high ratios, because of low efficiency, half of the motor power can be lost. The cost of this loss can be very high, especially with 24 hour running applications.

As shown in the above example, only a 0.75kW motor is required for the small K-Series gearbox to produce the same output torque as a 1.1kW motor being used with a Worm gearbox. If the application runs 4000 hours annually, there would be an estimated saving of £262 (per gearbox) using the K-Series gearbox. The payback period on a K-Series gearbox investment is therefore relatively short, especially if the annual working hours are higher than 4000 hours or if several gearboxes are installed. Furthermore, K-Series gearboxes have a higher nominal torque value when compared to the same size, similar ratio worm gearbox which means the service life will be much longer. 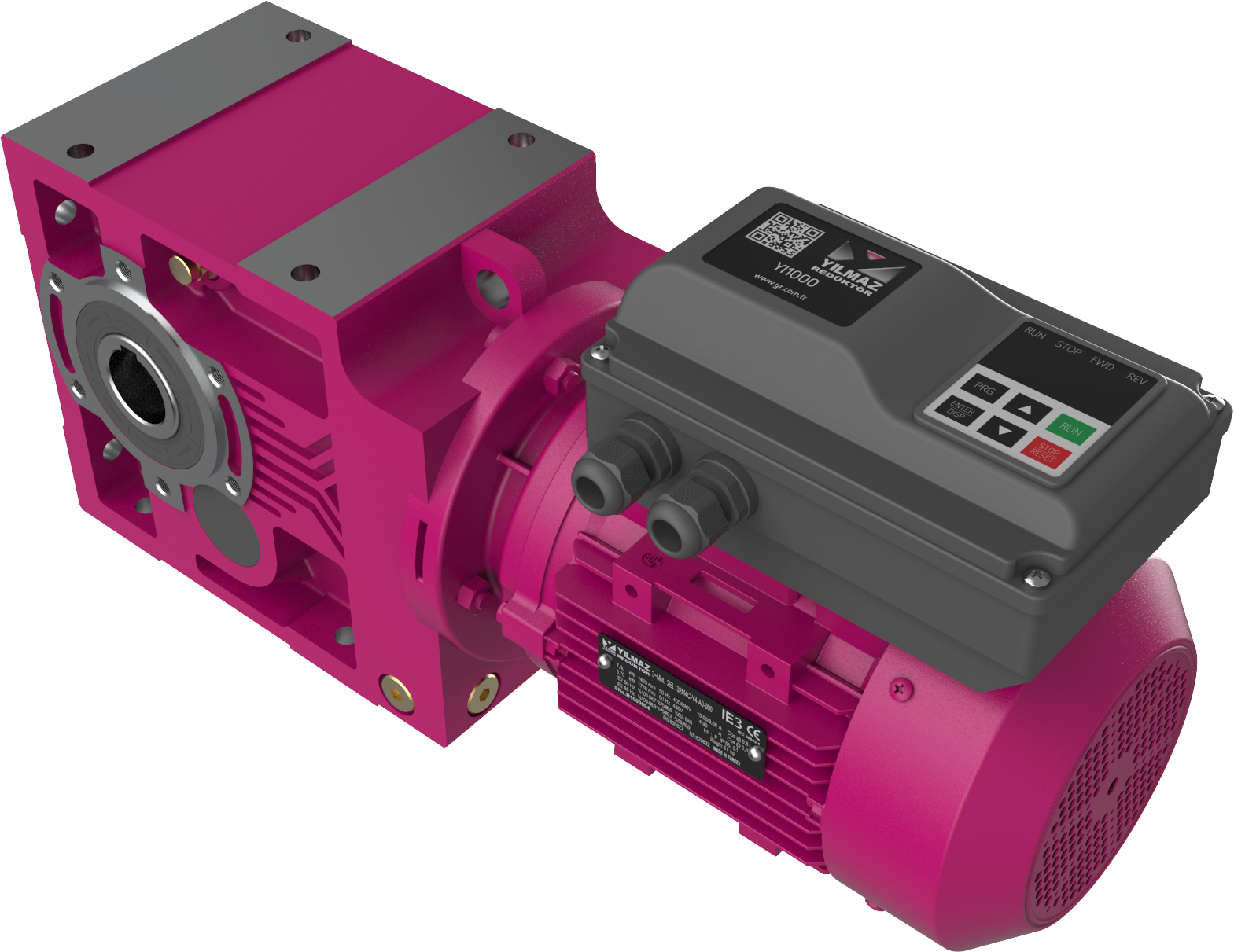 Stay in the know!

Join our mailing list to hear about our latest news, UK stockholding revisions and product updates from our team.

You have Successfully Subscribed!

Any cookies that may not be particularly necessary for the website to function and is used specifically to collect user personal data via analytics, ads, other embedded contents are termed as non-necessary cookies. It is mandatory to procure user consent prior to running these cookies on your website.